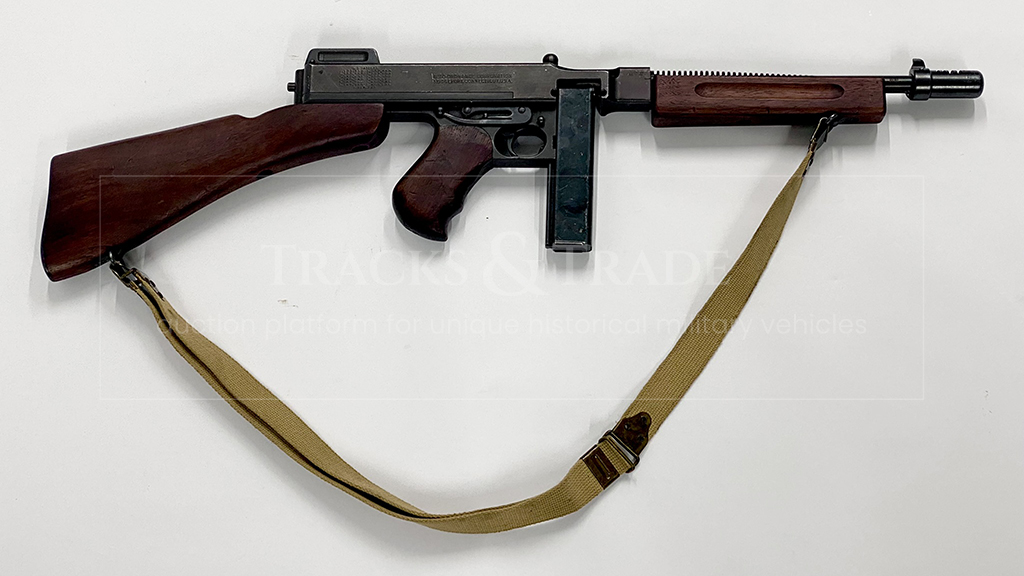 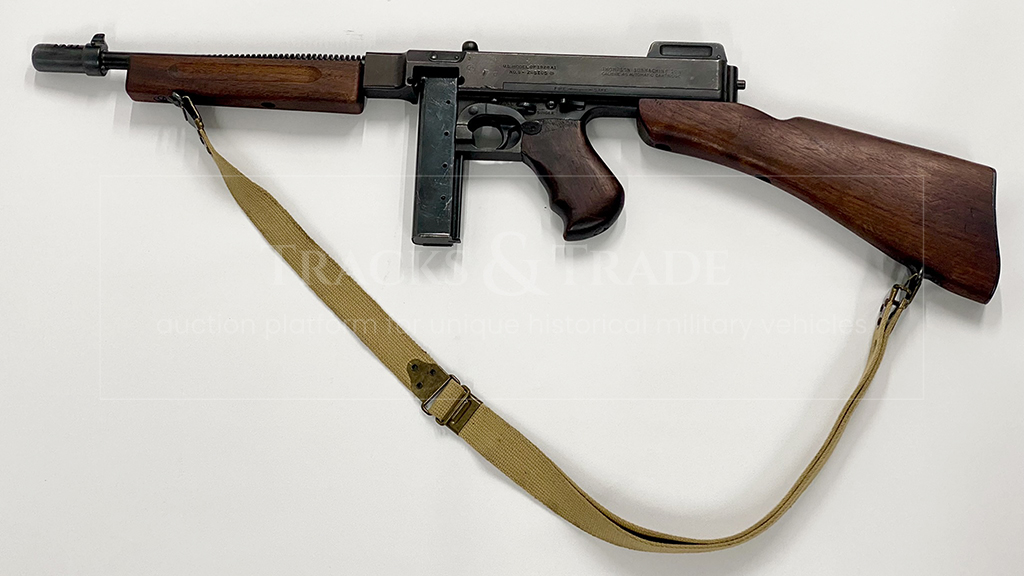 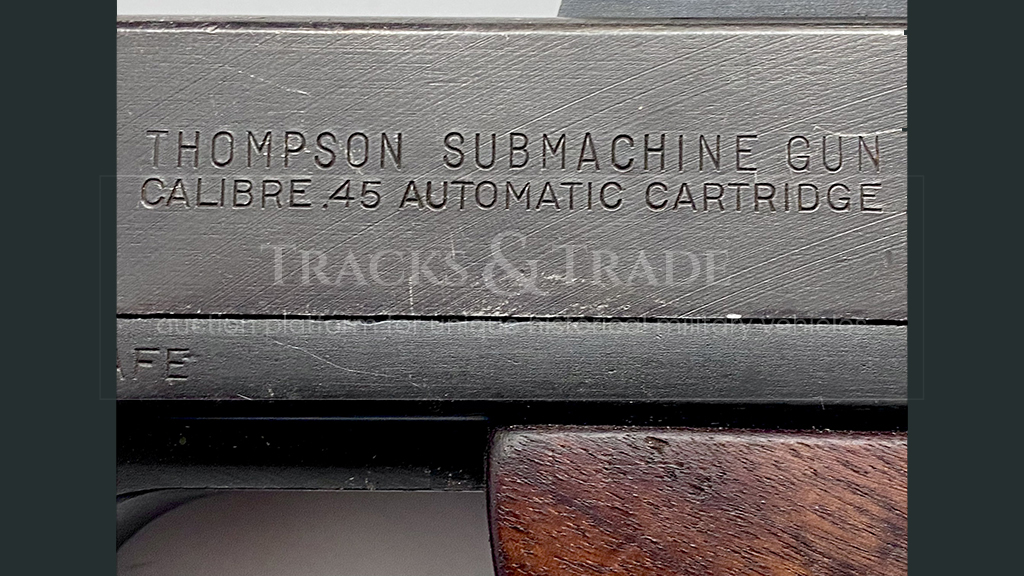 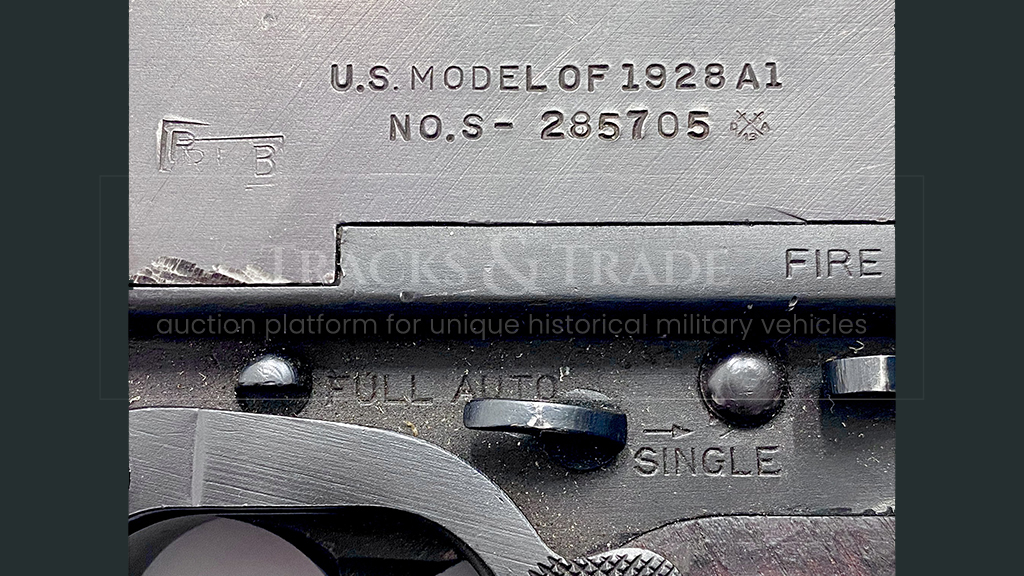 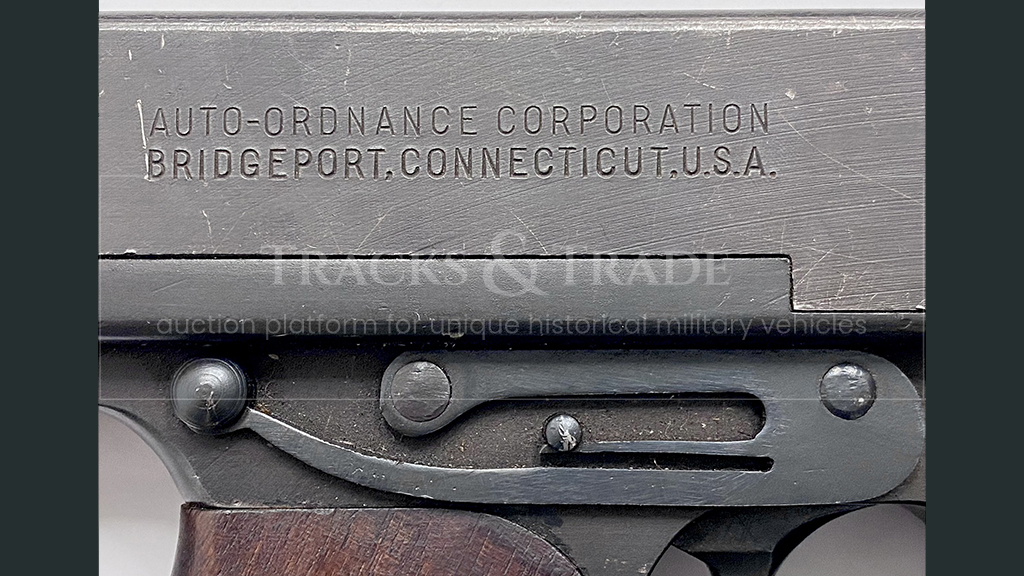 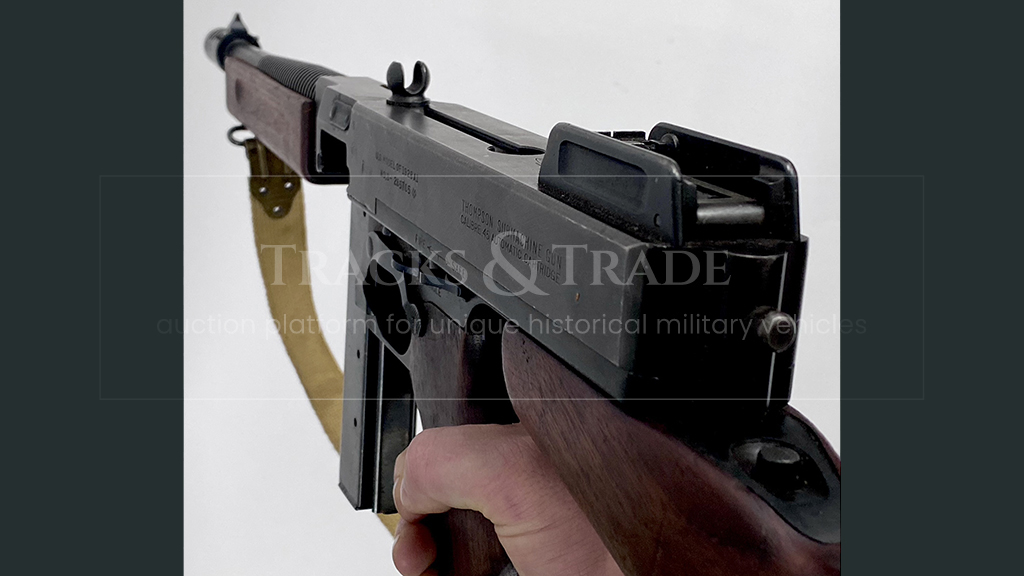 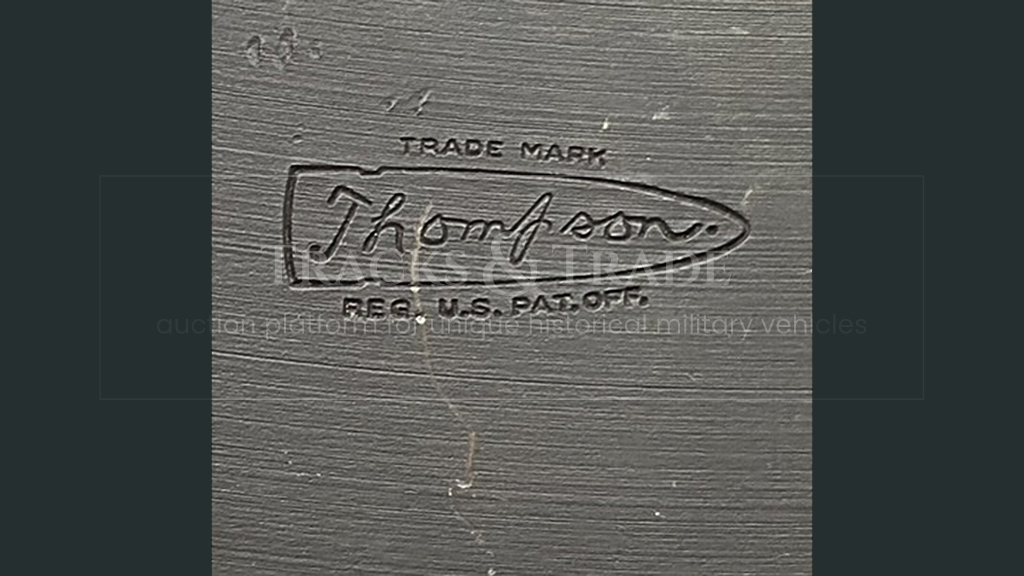 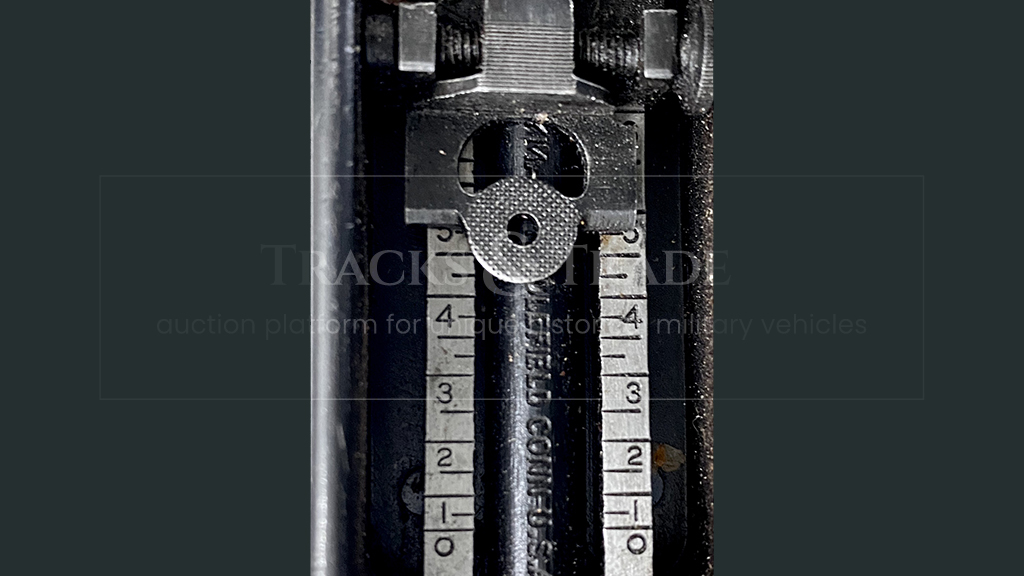 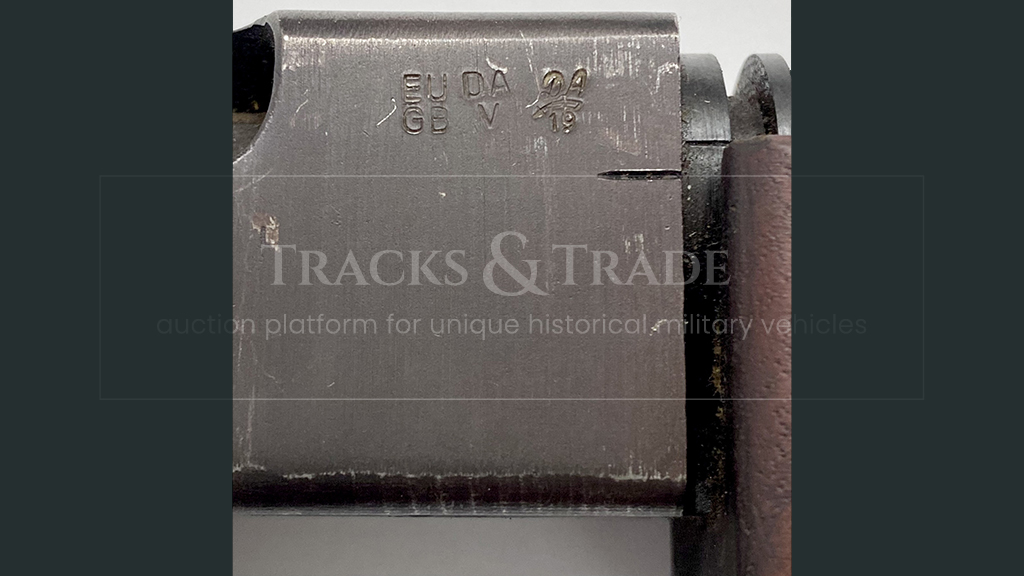 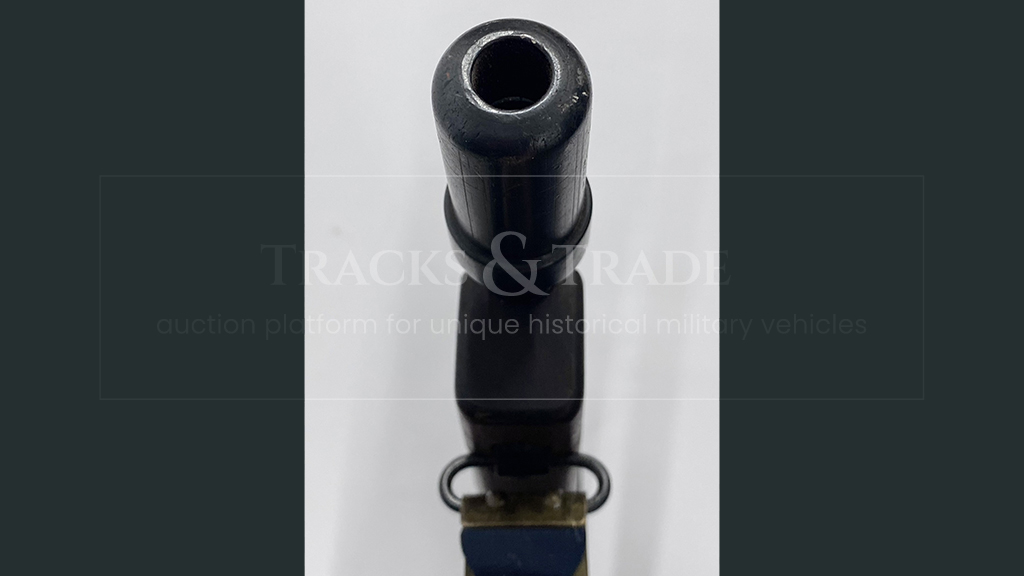 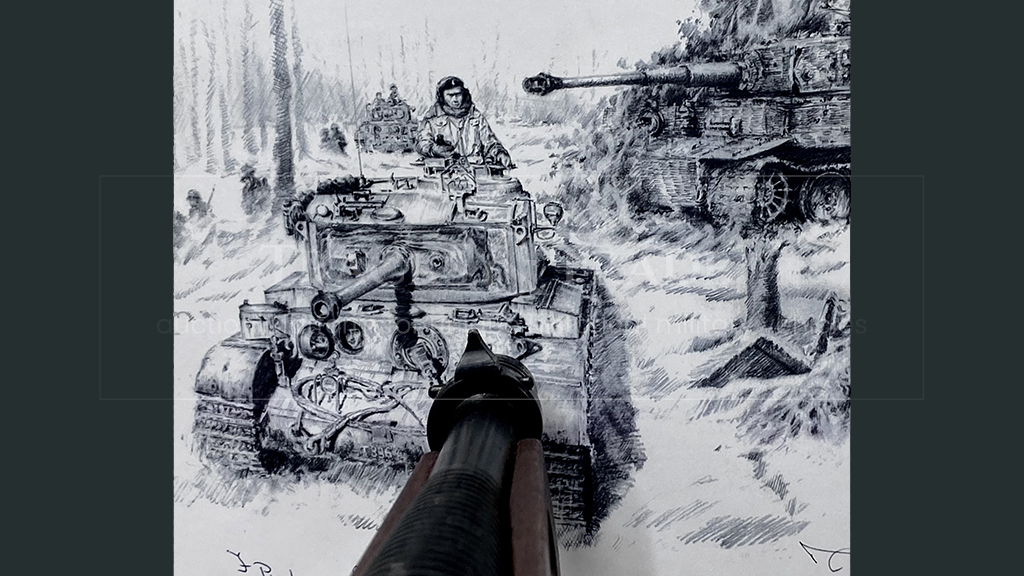 US Sub Machine Gun Thompson 1928A1

The favorite weapon with British Commandos and U.S. Rangers throughout the War and for many years afterward

Description:
The Auto-Ordnance Corporation was founded in America in 1916 with the intention of developing a variety of weapons. The most well-known of which is, surely, the Thompson submachine gun. Named for General John T. Thompson, the company's design director, the first models were built in prototype form in 1919. The first production models appeared in 1921 and from then on manufacture was small but continuous throughout the 1920s and 1930s. The first official military recognition came when the U.S. Marine Corps was issued with a number of the 1927 model, which were officially named the M1928

In 1939 the Thompson was the only submachine gun in production outside Europe, and as a result the governments of Britain, France, and Sweden hurriedly placed orders. Shortly afterwards the US Army also ordered a large quantity. But the Thompson was a difficult gun to manufacture; the engineering processes were numerous and complicated, and the materials used were of the best quality, a fact which was reflected in the price of almost £50/$86, as compared to the later Sten's £2.50/$4.30. By the end of 1940 orders for more than 318,000 guns had been placed; previous production had been by the Colt Co. under license from the Auto-Ordnance Corp., but now Auto- Ordnance built its own factory and by late summer of 1941 was producing guns. The Savage Arms Co. was also given a license to manufacture, and between these two plants over 125 million. Thompson guns were produced during the war.

The M1 and M1A1
In order to make production easier the gun was redesigned in 1941 as a simple blowback gun. The facility of using a drum magazine was also discarded and a 30-round box became the standard. Various other simplifications were made, notably the abandonment of the carefully made front grip and its replacement by a simple wooden fore-end. The resulting weapon was standardized by the US Army as the MI submachine gun on April 1, 1942. This was later modified into the MIAI by making the firing pin integral with the bolt, and dispensing with the hammer.

The Thompson had a lot of drawbacks, it was difficult to make, it was expensive, and -even in its simplified form- it was heavy. But for all that, it had one great virtue in the eyes of soldiers: it was reliable. Trouble with a Thompson was a rare event, provided it was properly cared for. It was a favorite weapon with British Commandos and US. Rangers throughout the war and for many years afterward.

Before we are allowed to deliver a disabled firearm, you need to be over 18 years old. We need a copy of your ID card, passport, or driver's license. As soon if this document is received we are able to send you the disabled weapon with the certificate at Buyers expense.
No delivery or shipment of lots can be made without presentation of the above mentioned
documents.
The buyer remains responsible for his purchase as soon as it is awarded and will pay at least the related costs.