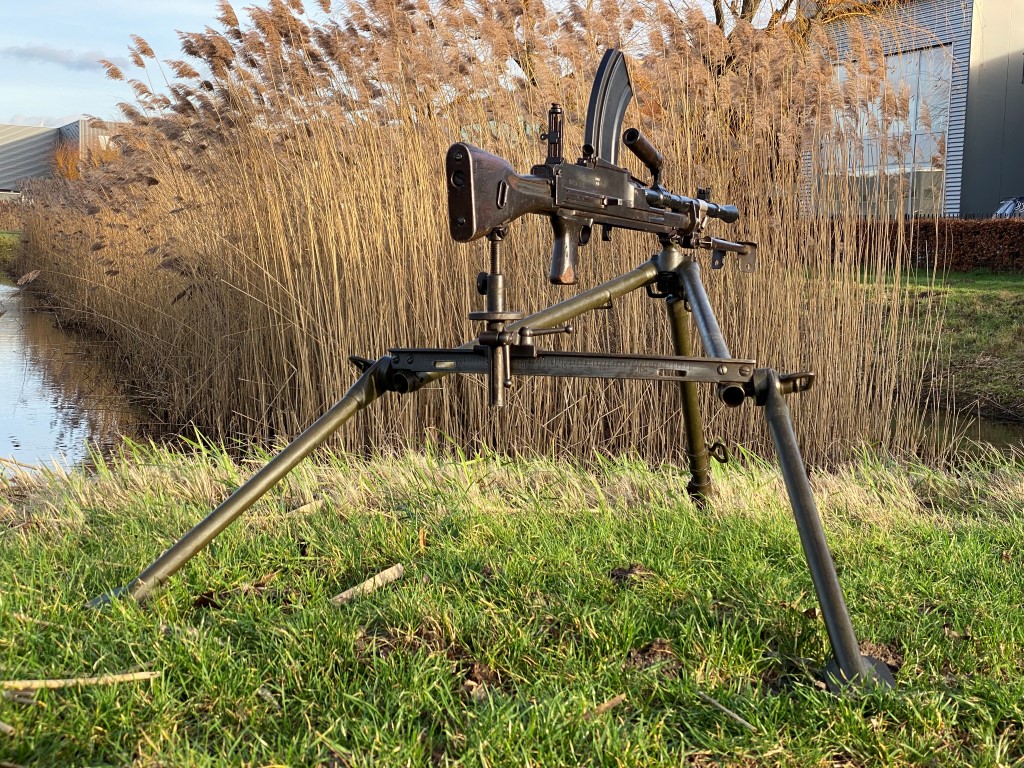 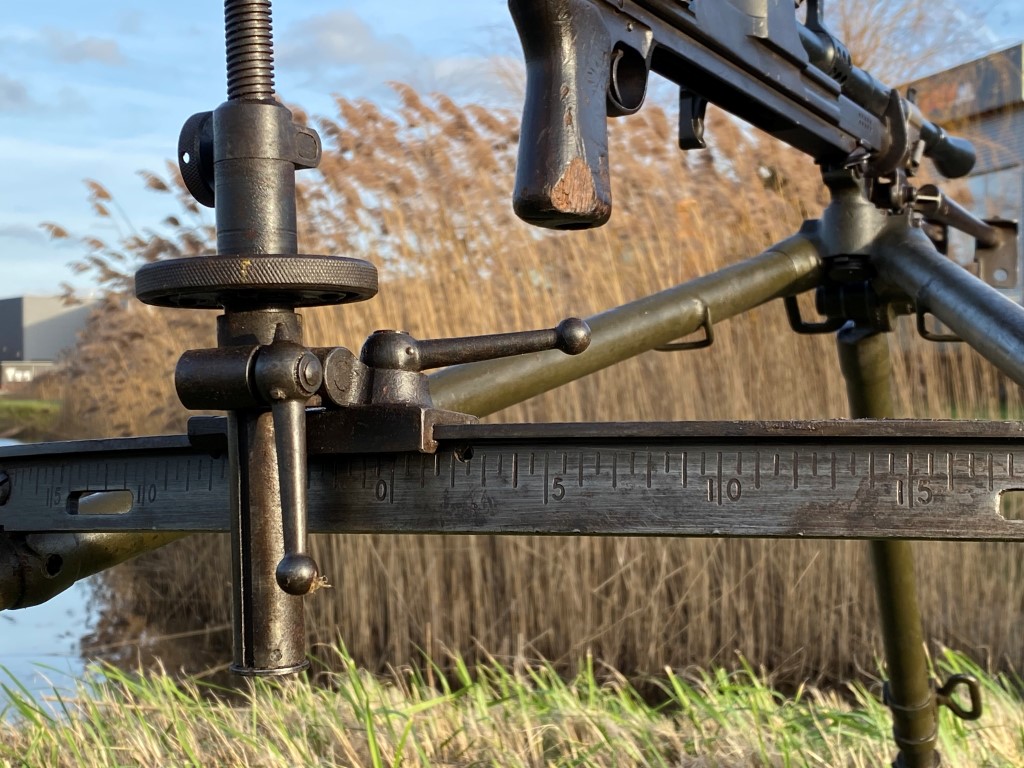 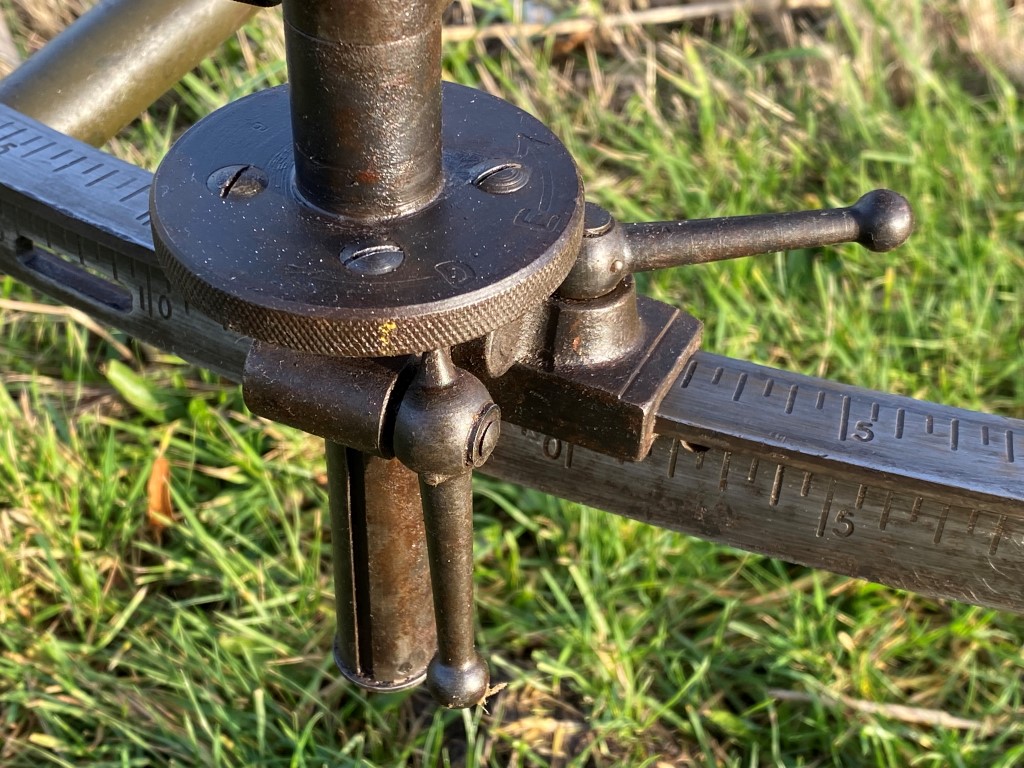 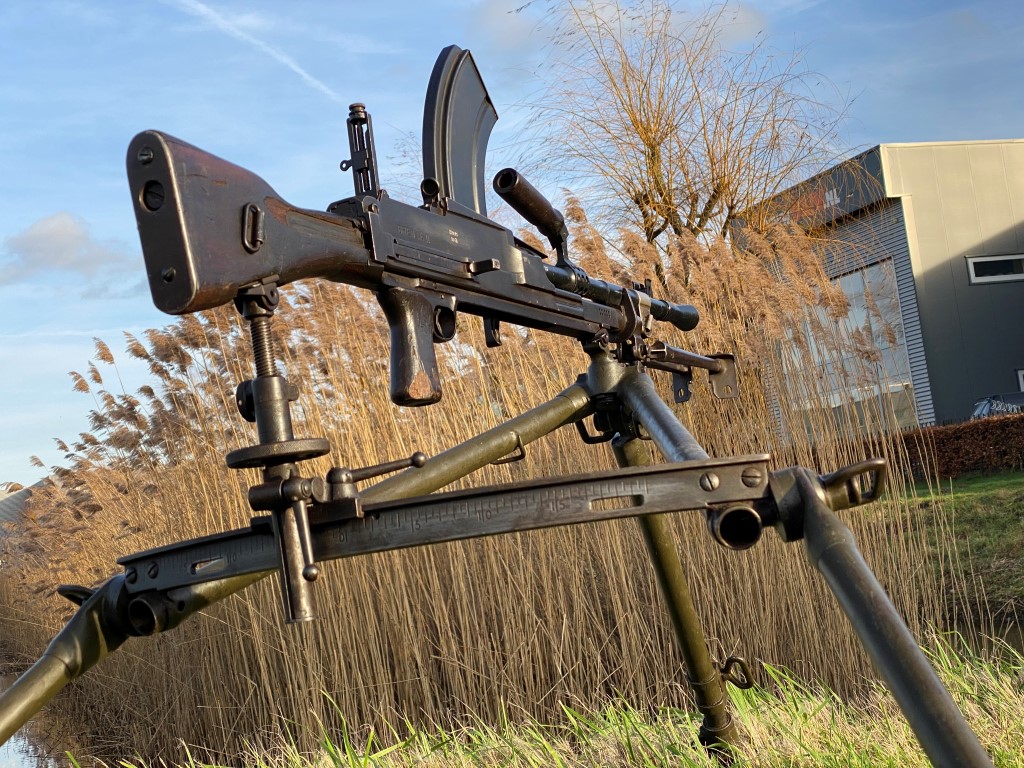 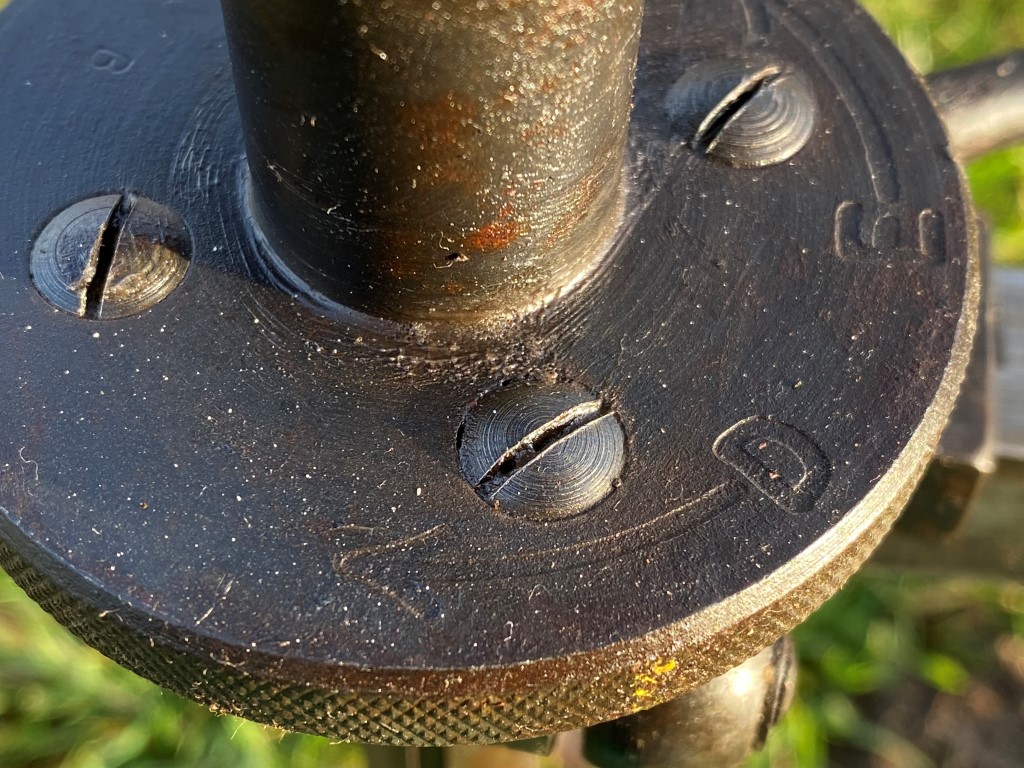 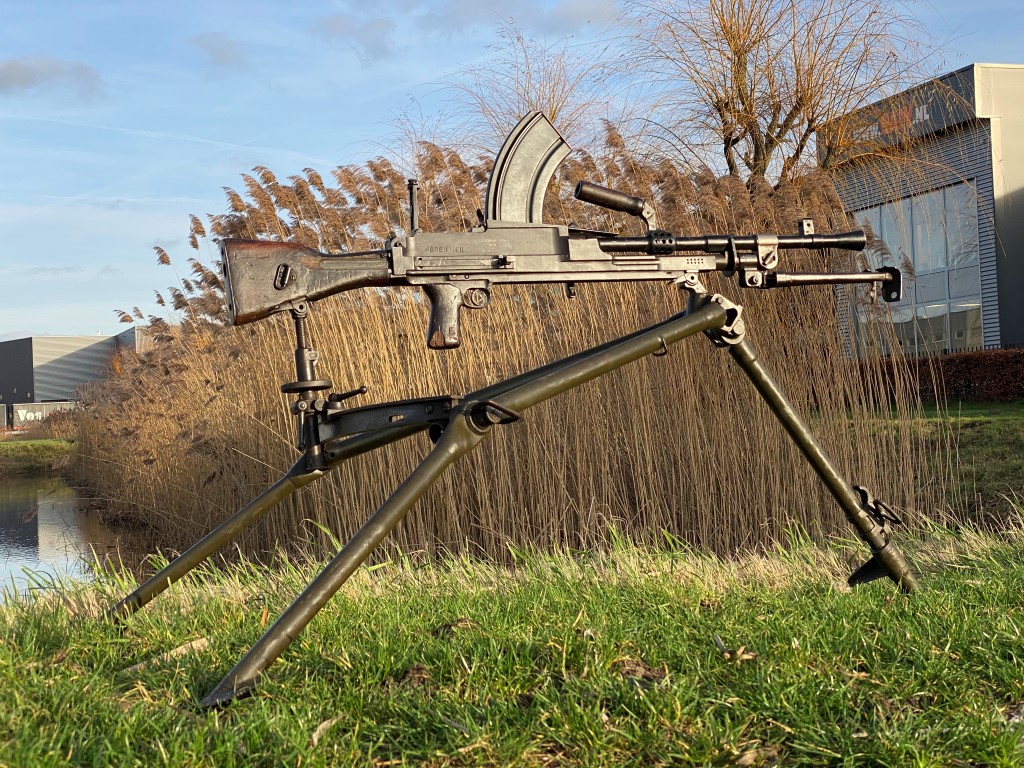 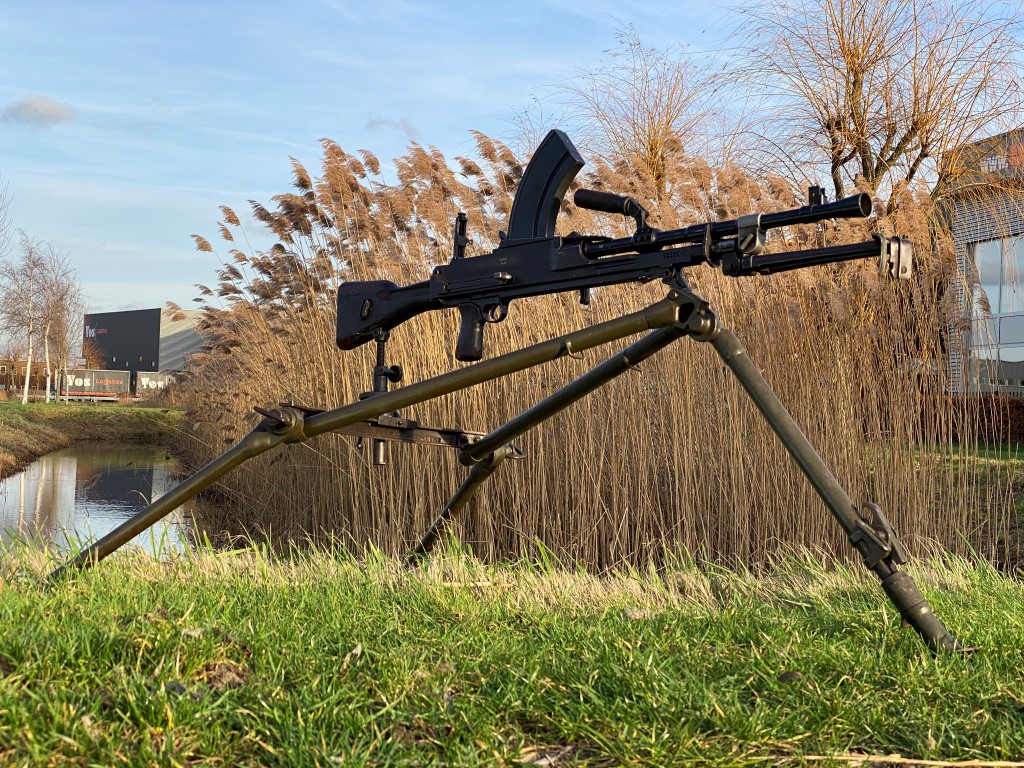 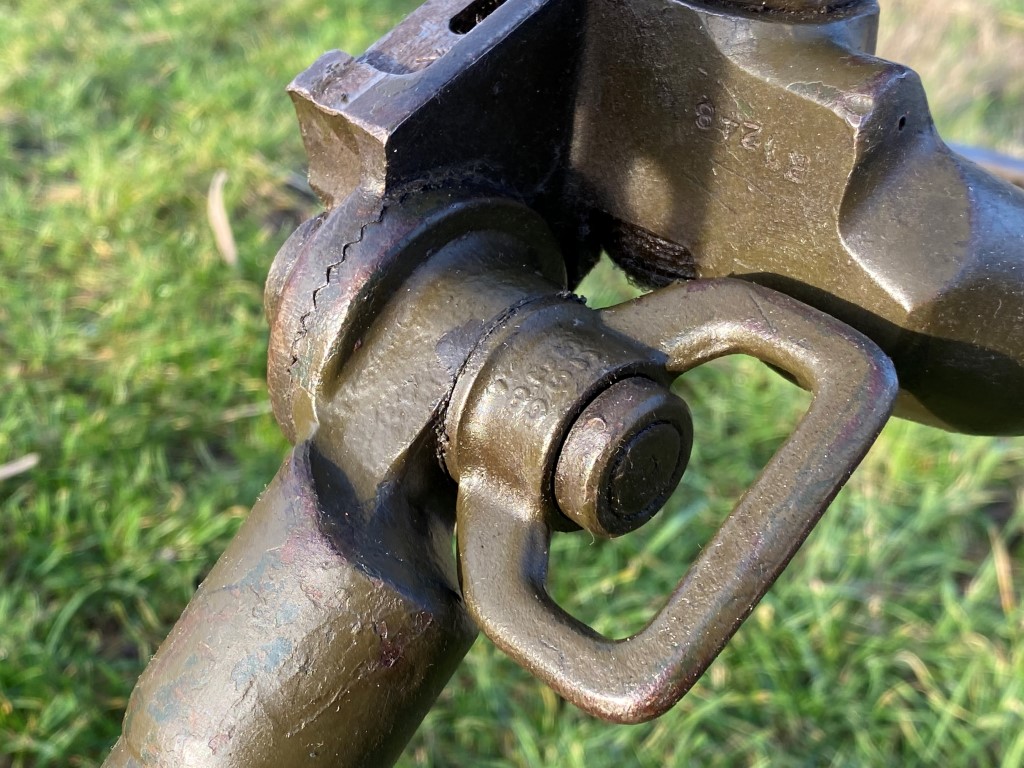 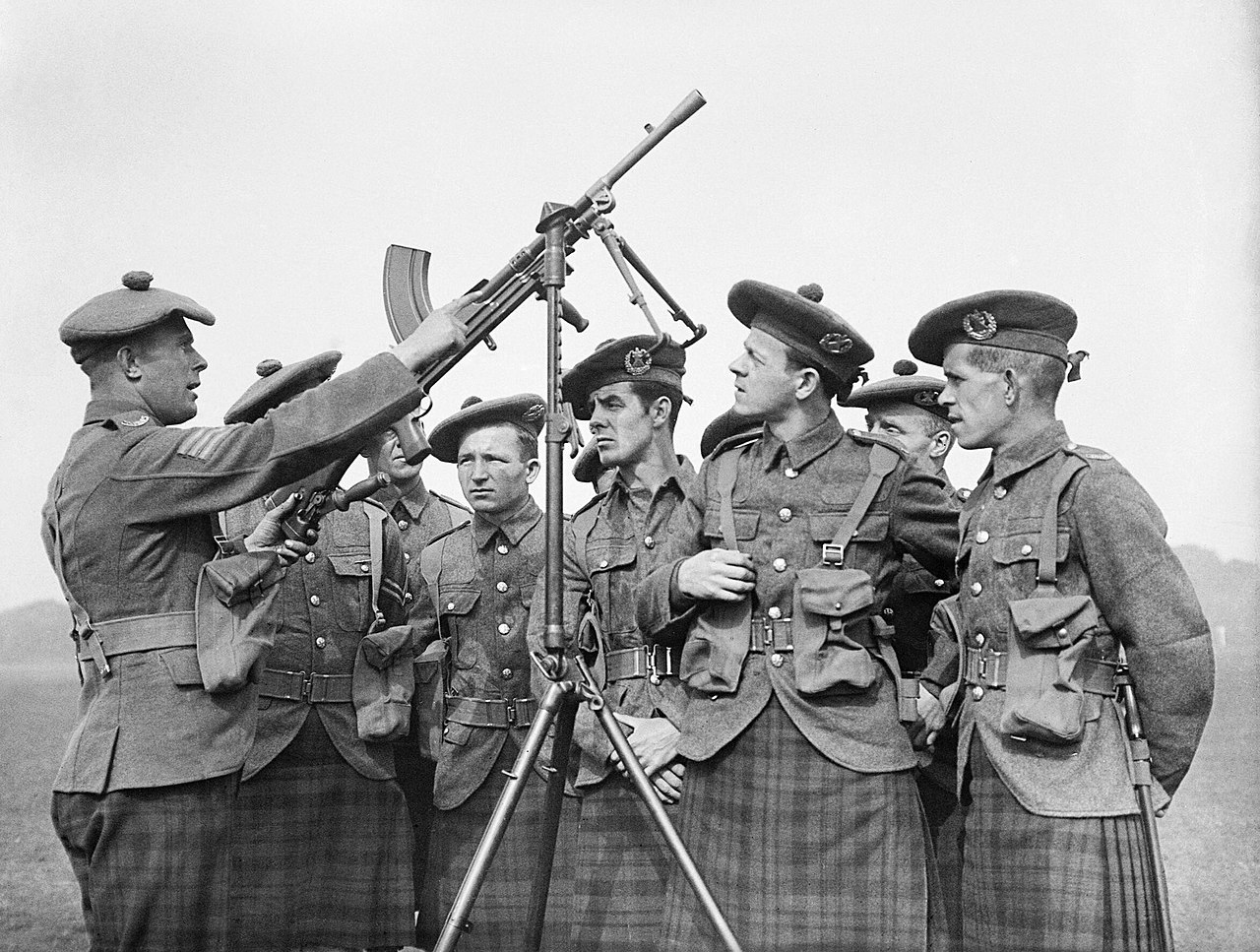 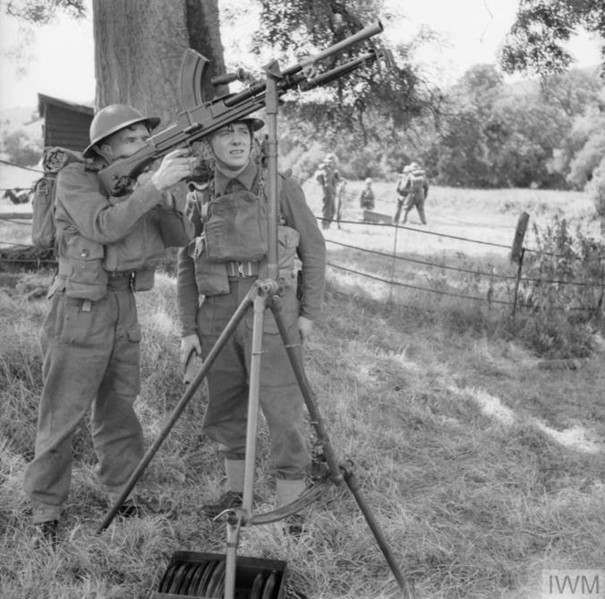 Description:
Complete, very hard to find, Bren LMG tripod, which can be assembled as a standard ground mount with complete traverse and elevation system (T&E), along with the sustained fire traverse stops.
This example is painted in the standard arsenal green.
In very good condition as indicated on the pictures. Leg pivot points move freely. Rear gun mount is also complete and moves freely in every direction.
Some paint has peeled - as shown in the photos.

This is a great example of a complete, hard to find, Bren LMG tripod, which can be assembled as a standard ground mount or used with the two-part leg to convert to an Anti-Aircraft configuration.

The production of the Bren began at Enfield in 1937 and for every three guns produced, a
tripod was also manufactured. The problem was that the Bren was not capable of fulfilling the role performed by the Vickers. While leaving the tripod as a useful accessory, this meant that the initial importance of it was now secondary. Likewise, the Fixed Line Sight, which was intended to be fitted to the additional open dovetail fixing when the Bren was deployed on the tripod in the sustained fire role, was considered obsolete.

The AA conversion involved a wonderful piece of engineering; the additional leg (which comprised two sections) was stored in the hollow tubes of the main frame when not in use and the fixing point utilized the same fitting and tooling used for the SMLE and the 1907 pattern bayonet. The seminal book, The Bren Gun Saga, does not indicate if this tooling option was merely a decision based on a combination of saving cost and time, or if it was done in order to make possible what resulted in the event of losing one or both sections of the additional leg, A standard-issue SMLE could be used in lieu of this item to create the required conversion. Unfortunately, as with the intended sustained fire option, the AA conversion was a short-lived concept. The speed of aircraft in the late 1920's compared to that of those encountered just ten years later meant that the rate of fire of the Bren (450 rpm) was too slow to make the use of the AA point a practical option.

The tripods continued in use, despite the drawbacks highlighted above, throughout the war and a simplified version was also produced after Dunkirk, which omitted the AA leg (although curiously retained the ability of the SMLE to still complete the conversion), Many were later converted to allow for use with the American 30 Cal Browning.