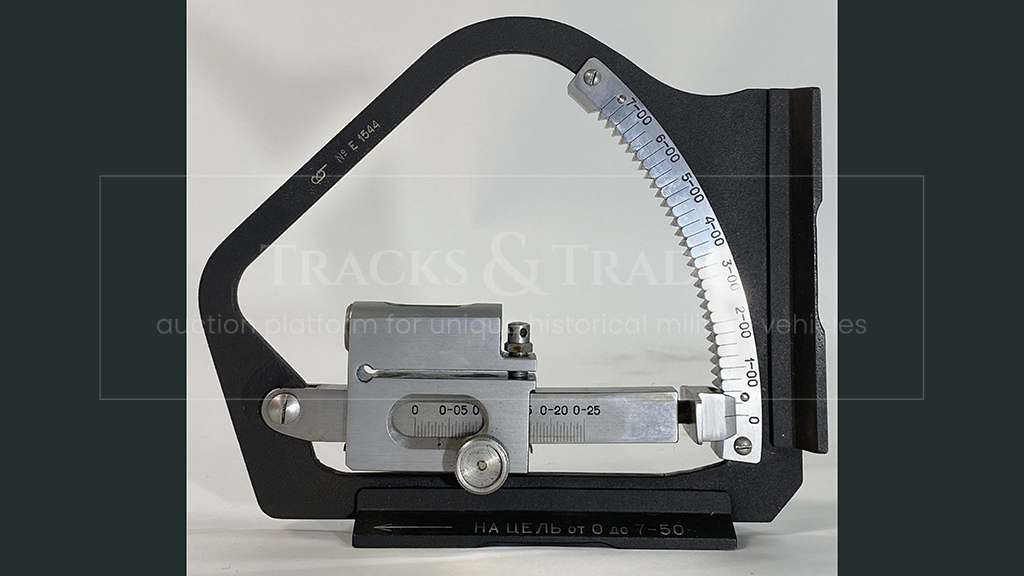 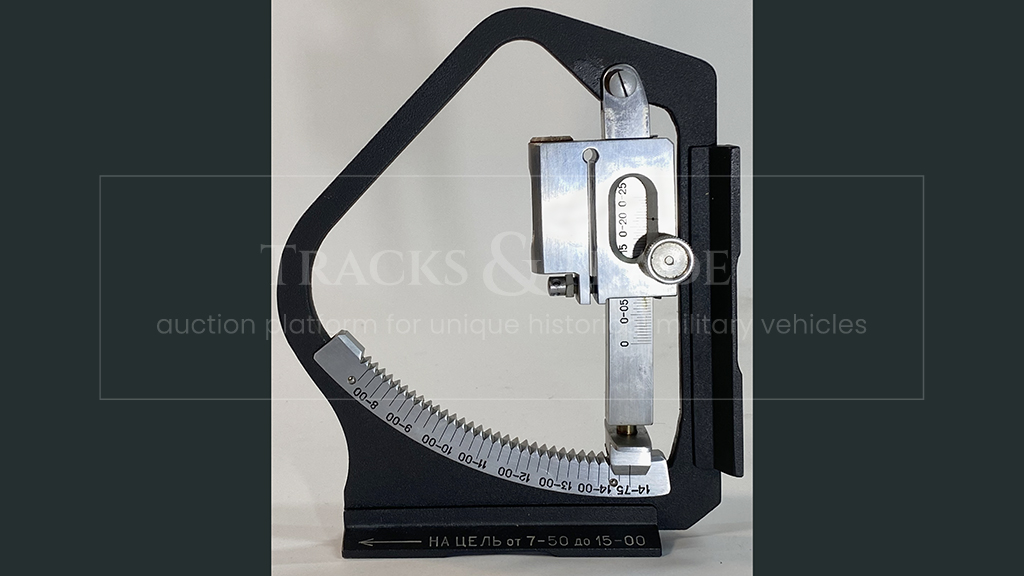 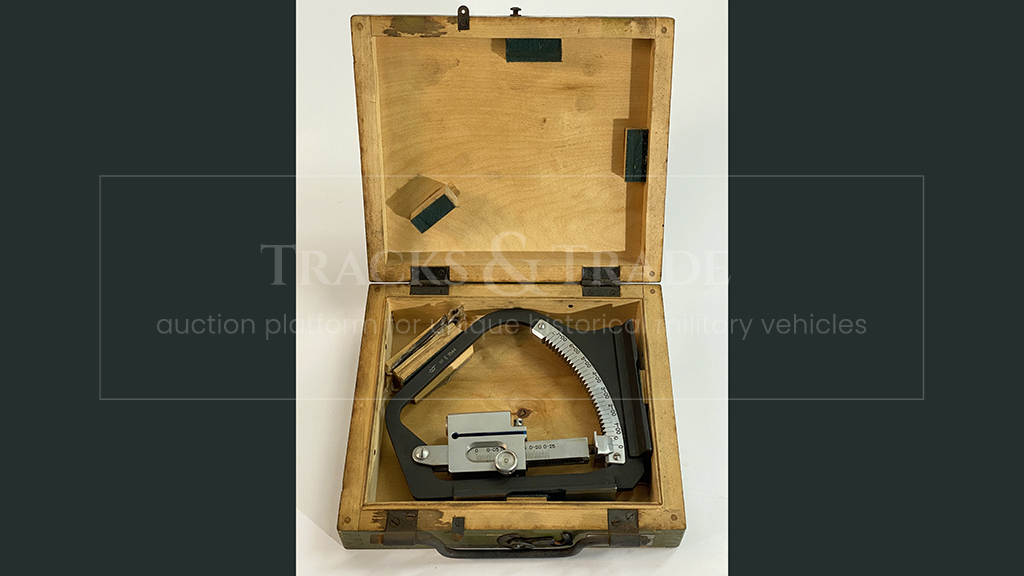 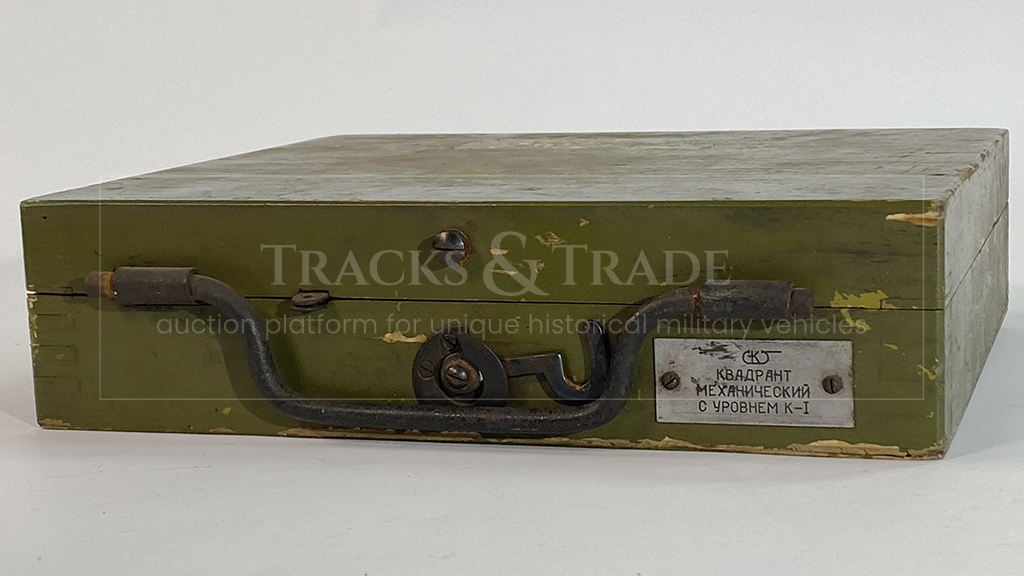 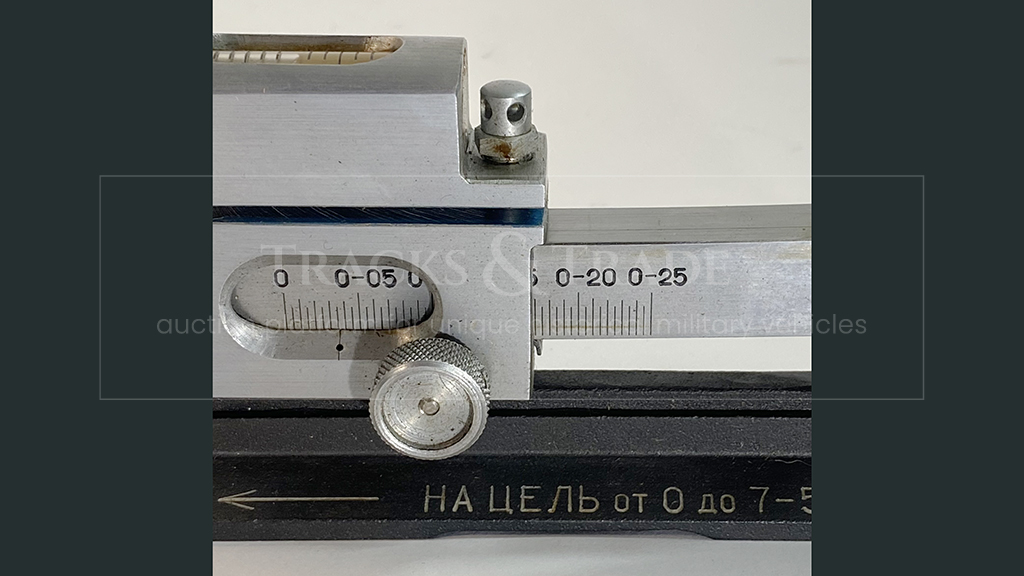 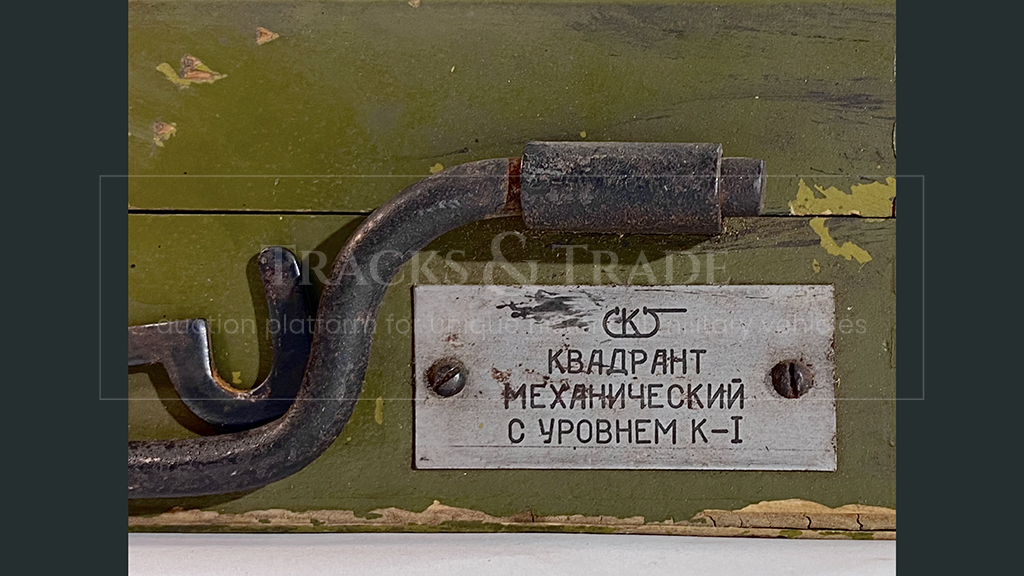 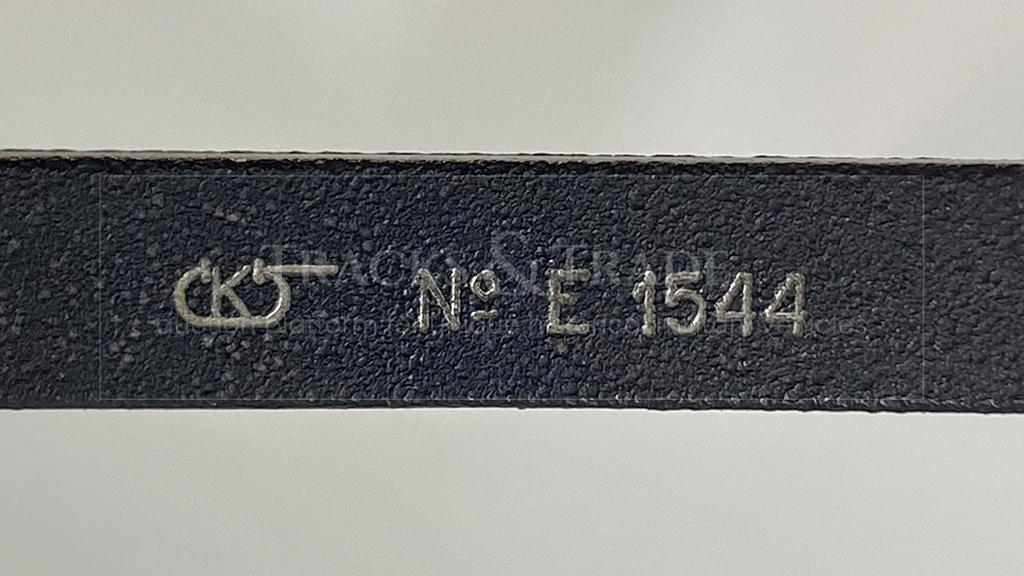 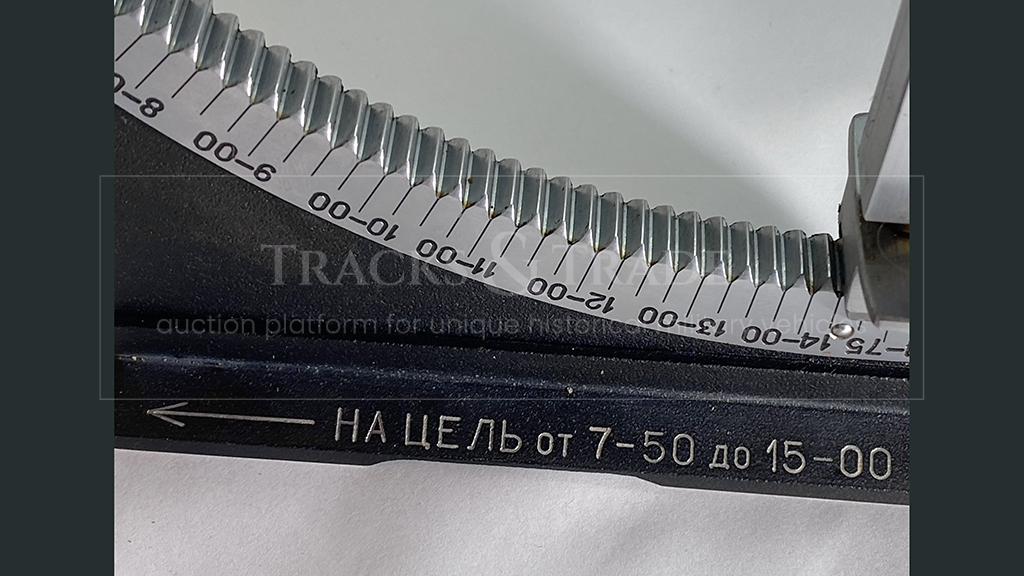 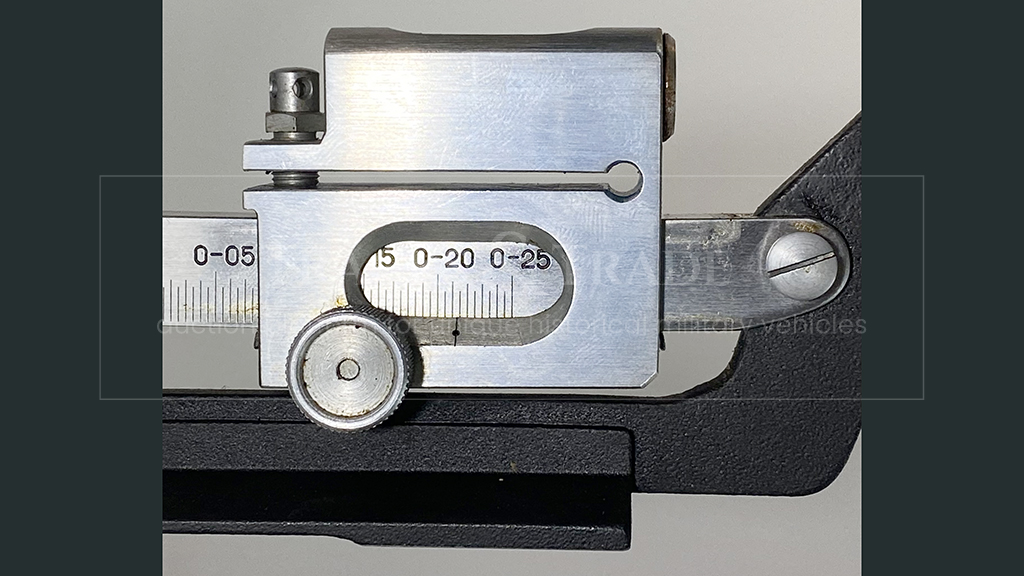 This WW-II Soviet made clinometer is a steel measuring instrument, used to gauge angles of slope, elevation and depression.

The device features three flat sides, making up the frame, which can each be used as a base to determine different angles.

The first is engraved with, "DIRECTION / OF TARGET" and is used for angles between 0 till 7–50 degrees.
The second side has also a flat foot, and is engraved with, 7-50 – 15-00 degree and is used in the same way as the first, but for another angle.
The third side is an ovular shape and is engraved with, "No E 1544”. The frame houses a central arm with a scale of 0-05 to 0-25 minutes.
This arm holds an adjustable spirit or bubble level which slides along the scale, while the whole arm can be adjusted along a further arched scale on the outer frame.

The case for the clinometer is made from an unfinished timber, painted green and features a hinged lid and one hook clasp on the side for securing the lid. The side of the box has a ID plate. The interior contains three felt covered squares on both sides, to act as padding for the clinometer.