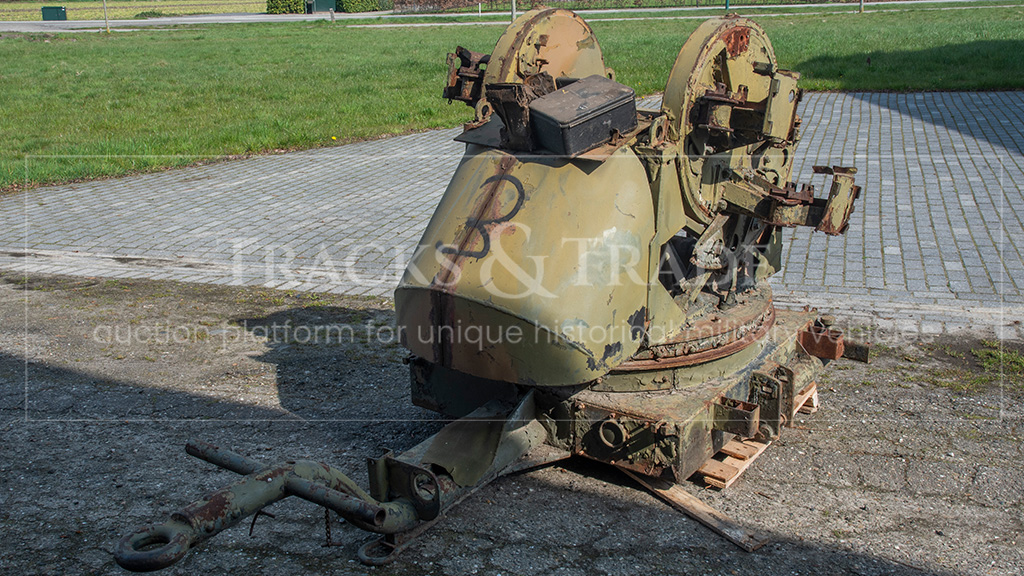 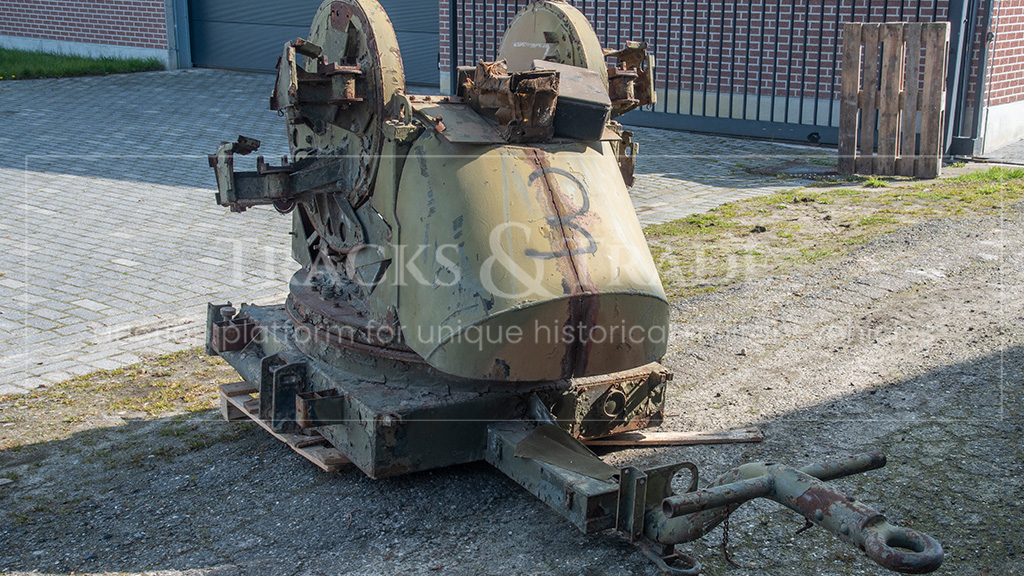 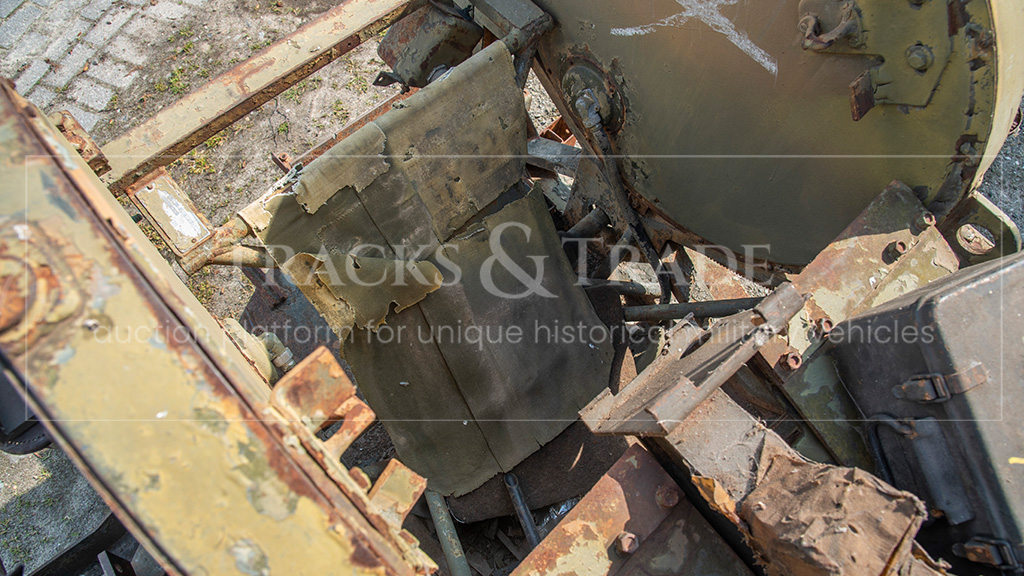 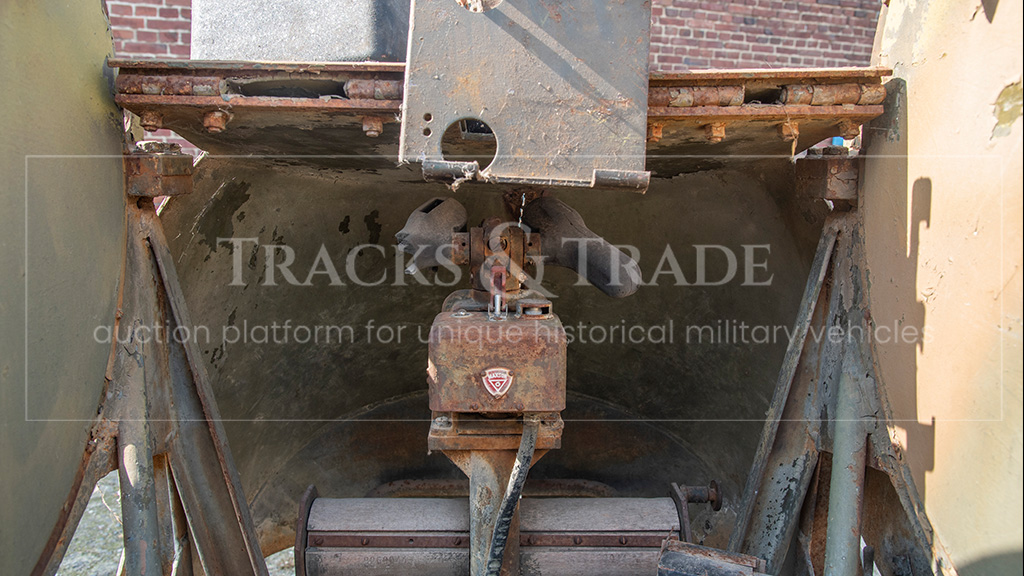 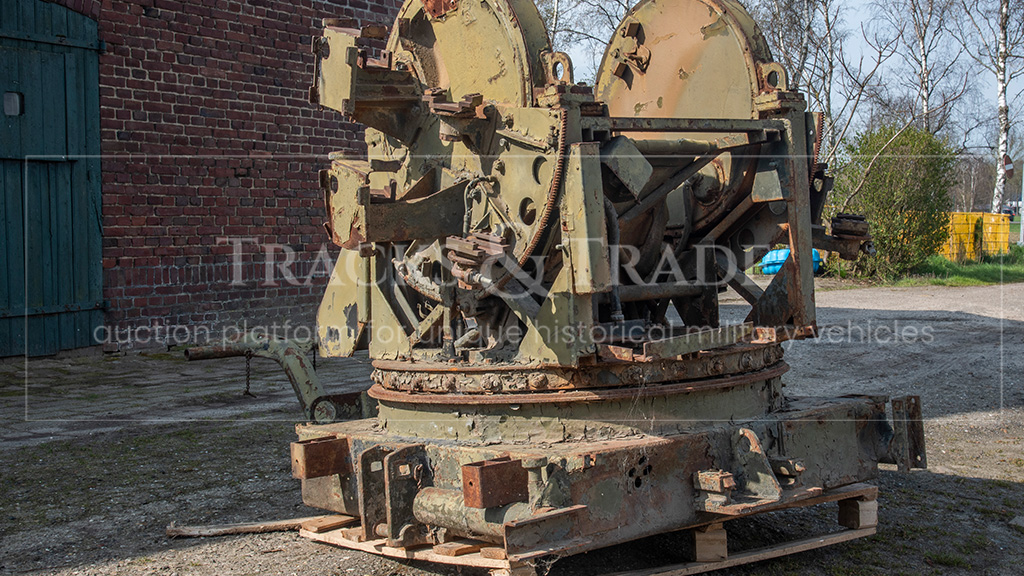 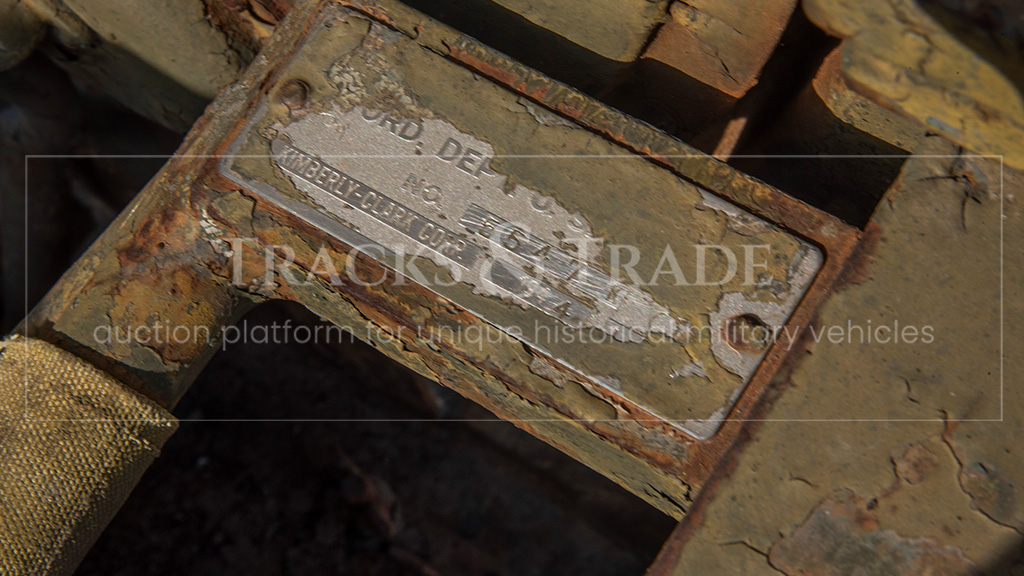 The M45 Quadmount (nicknamed the “meat chopper” for its high rate of fire) was a weapon mounting consisting of four “heavy barrel” .50 calibre M2 Browning machine guns mounted in pairs on each side of an open, electrically powered turret. It was developed by the W. L. Maxson Corporation to replace the earlier M33 twin mount. Although designed as an anti-aircraft weapon, it was also used against ground targets. Introduced in 1943 during World War II, it remained in US service as late as the Vietnam War.

This ‘Meat chopper’ is very good base for a restoration project or to complete a Halftrack with a quadmount.